Karl Bühler is one of the most important German-language psychologists of the 20th century. His career reached its peak at the University of Vienna, where in 1922 he was appointed on one of three chairs in philosophy focussing on Philosophy, Psychology, and Experimental Pedagogics and became director of the university’s newly founded psychological institute. During his tenure – which abruptly ended after the annexation of Austria in 1938 – the institute would go on to become one of Europe’s most prominent. In its complex diversity, Bühler’s work is not only illustrative for important moments in the constitution of psychology as a scientific discipline but contains theoretical ideas as well as series of empirical experiments yielding to rich insights for current discussions in psychology, linguistics, human sciences, philosophy of mind, and philosophy of language. 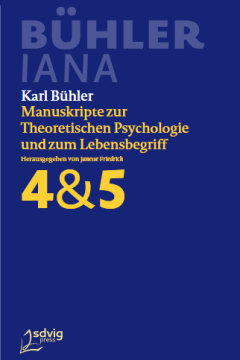 Mental development of the child